Hari Sreenivasan: For more on how the early voting is working today and what's ahead, Megan Messerly, a reporter for the Nevada Independent joins us now from Las Vegas. So, why the long lines yesterday? What's happening today?
Megan Messerly: Right. So early voting kicked off yesterday. More than 11,800 was the estimate that the party gave to us of folks that turned out as of 5:00 p.m. Turnout was really high, so that contributed to the long lines. As well, democrats were planning on using this Google form-based check in sheet as part of the check in process that was supposed to streamline the data collection on the back end. That was taking a long time so some of the sites that experienced the longest lines where folks were waiting three, four hours, decided to actually forego that step of the process. And that ended up speeding things up a little bit yesterday.
Hari Sreenivasan: So what happens when they get in there? This is almost like a rank choice system that Maine is trying. Well, what are they what are they actually writing down?
Megan Messerly: That's correct. So essentially what what Democrats do when they show up to an early vote site, they check in their voter registration is checked against county voter roll. If they're not registered, they have same-day registration so they can actually just register onsite. Once they do that, they receive a paper scannable ballot. It's kind of like a scantron form where you bubble in your answers. You have to choose at least three preferences, up to five. The party says it will be scanning in this information into a cloud-based system and then, yes, distributed to their home precinct so that their votes will be counted just as if they had been there in person. And that's how they will obtain that data on the actual day of the caucus to bring in that early vote information. 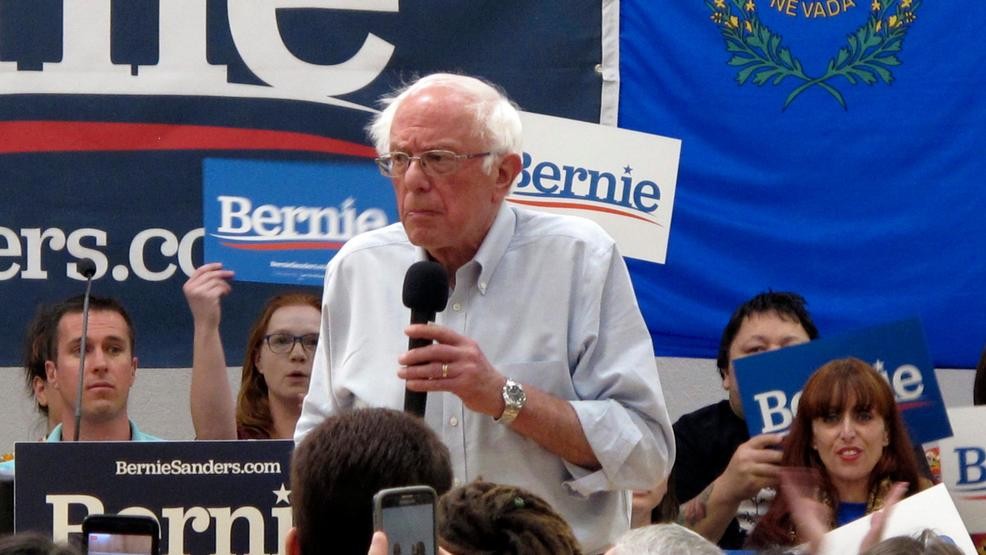 Hari Sreenivasan: OK. Everyone's becoming kind of a sideline geek here and trying to figure out what's the app they're using, what's happening, is the technology hacker-proof, et cetera. What are the kind of steps that the local DNC or the Democratic Party is taking?
Megan Messerly: Right. So party officials here have told me that they're working with security experts. You know, they brought in additional folks in the wake of what happened in Iowa with their reporting day app. They also say that they're testing the system, the caucus day system that is, with volunteers that are both experienced, they've run a caucus before, and with volunteers who are first time volunteers. They want to make sure that this system is usable for everyone, sort of regardless of their experience level.
Hari Sreenivasan: One of the surprising stories is, well, a non-endorsement. The Culinary Union, which is traditionally pretty powerful, has chosen to wait. How, how significant is that?
Megan Messerly: That's right. It's a really big deal, actually, here in Nevada. So the Culinary Union, they represent about 60,000 hotel workers, the ones on the Las Vegas Strip and all across the state. They're a politically powerful union. They're known for turning the tides in elections if they want to get involved and they want to get their folks out to vote. This endorsement is generally, uh, their non-endorsement, rather, is thought to be more hurtful toward Joe Biden, former vice president, in that he's had a longstanding relationship with the union. In fact, the union's secretary treasurer went so far as to describe him as a friend in their non-endorsement announcement. He was the only candidate that they mentioned by name. At the same time, they're deciding to really focus on their priorities. And one of those is making sure that a candidate that supports Medicare for all does not get passed. That's because the union runs their own health trust and they don't want to see that go away under a Medicare for all plan.
Hari Sreenivasan: And so are there any other contenders that see that as an opportunity?
Megan Messerly: Yes. So this is generally thought to be sort of leveling the playing field, especially among those candidates that are more moderate, they prefer the creation of a government-run public health insurance option versus just a single Medicare for all system. So this is generally thought to be a good thing for for Pete Buttigieg, it's thought to be a good thing for Amy Klobuchar. It sort of does level the playing field and now allows all of these campaigns really to go out and court union members as opposed to knowing that the union's hard at work, trying to get their folks out specifically to support one particular candidate.
Hari Sreenivasan: All right, Megan Messerly, thanks so much for joining us.
Megan Messerly: Thanks for having me on.