The German authorities say there's evidence that the deadly shootings in the town of Hanau were carried out by a right-wing extremist. The shootings happened in two shisha bars, nine people were killed, many of them are said to have been of immigrant background. The suspected gunman was later found dead in his home, more now from Damien McGuinness.

Reportedly, he left behind a confession letter and a video recording his viewpoints. In these documents, he appears to have outlined a xenophobic and racist world view. He says that he is in favor of eliminating certain ethnicity if they can't be deported from Germany, so very disturbing racist comments. Federal prosecutors here have said that they have reason to believe that they should be treating this attack as a xenophobic attack.

The latest televised debate in the race for the Democratic presidential nomination has been marked by sharp exchanges between the six candidates. The billionaire Michael Bloomberg came in for particular criticism as Sophie Long explains. 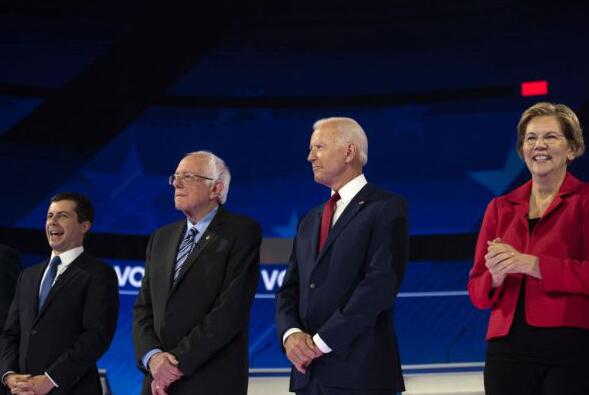 This was the first time that Mike Bloomberg appeared on a live television debate stage alongside the other five main Democratic candidates, and his arrival proved to be explosive. The current front runner Bernie Sanders attempted to lead the attack, but it was Senator Elizabeth Warren who really landed the most memorable first blow. She said, let's think about who we were running against. She talked about a sexist who called women horse-face lesbians. And then she said, I'm not talking about Donald Trump. I'm talking about Mike Bloomberg. Now his answer to all the opening accusations was clear and concise. He said this is about two things who can beat Donald Trump and who can deliver when they're in the White House. He said he was the man to do that.

Australia's Prime Minister Scott Morrison has set up an inquiry into the causes of the devastating bushfires that killed at least 33 people and destroyed thousands of homes along the east coast. Mr. Morrison said the investigation would seek to improve Australia's preparedness and to consider establishing new powers for the Federal Government to declare a national state of emergency. Mr. Morrison again refused to directly link the fires to climate change.

This is about assisting us all to ensure that we can make Australians more safe in longer, hotter, drier summers in the future. It's not about conflict, it's about action, and it's about making people safe. Mr. Morrison has been criticized for his management of the crisis.

Tributes are being paid in Silicon Valley to the pioneering American computer scientist Larry Tesler, who's died at the age of 74. His achievements included the invention of the cut, copy and paste function. Xerox, where Tesler worked before moving to Apple, said his revolutionary ideas had made people's workdays easier.